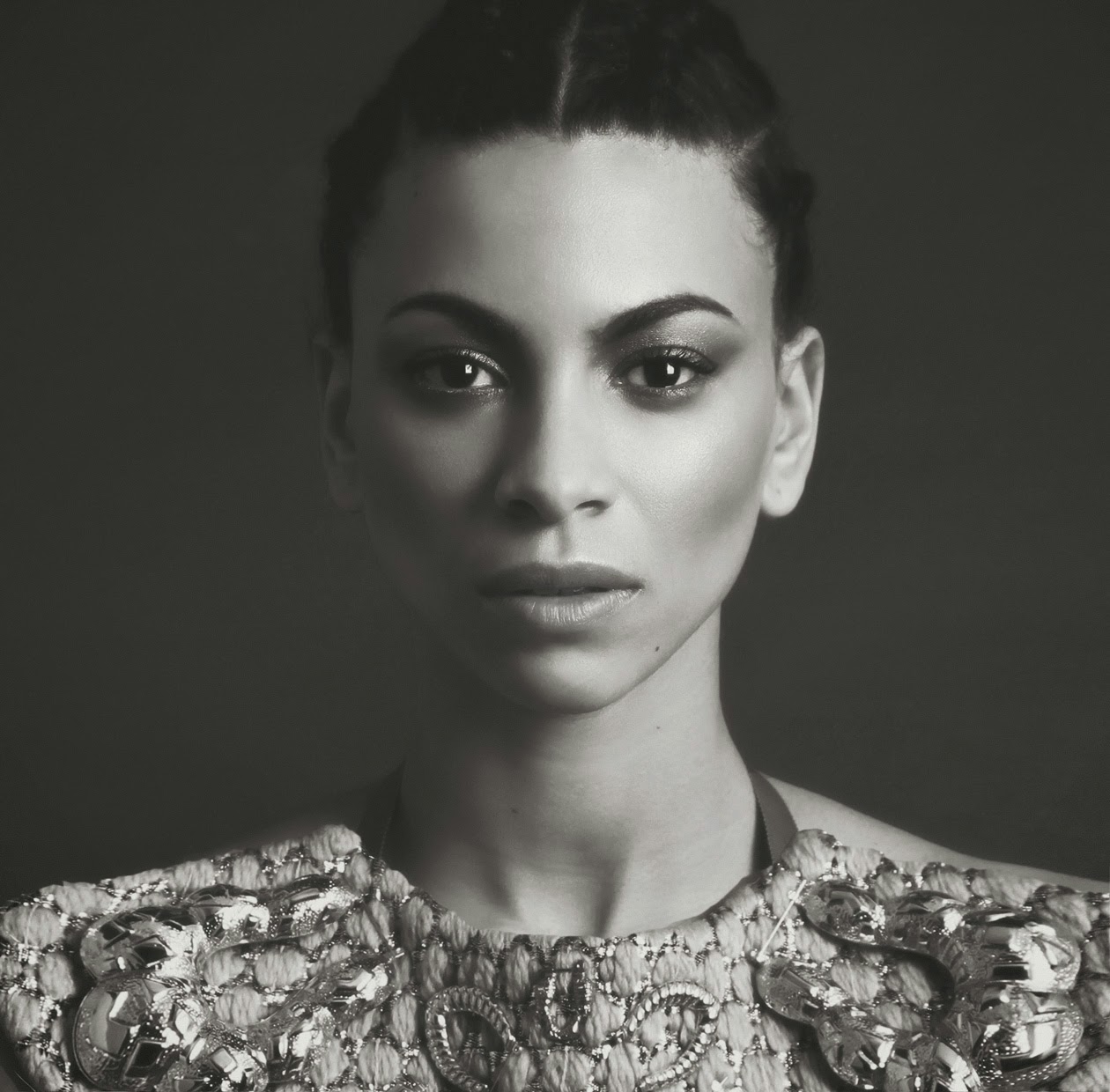 www.adelinemichele.com
at 5:50 PM No comments:

Photo: Chioma Nnadi
Axl Rose meets Fela Kuti. Diana Ross on Jupiter. Josephine Baker does Gladiator.Adeline Michèle and her stylist, designer Irini Arakas, like to pull from a bubbling soup of magical fashion influences. The Parisian-born musician readily describes herself in those terms, “If Prince and Chaka Khan had a baby, it would be me,” she says. Today she and Arakas are shopping for looks to round out her festival wardrobe at the Manhattan Vintage Clothing Show, including her performance with disco-funk collective Escort on the Heineken stage at Coachella. “There’s a picture of Debbie Harry in all white with black elbow pads in my mind’s eye,” says Arakas flipping through a rack of Courréges-esque minidresses. “That and the biker gang girls from artist Hassan Hajjaj’s latest show.”

Photo: Chioma Nnadi
The pair have had a style connection since the very beginning and Arakas remembers the first time that she saw Escort perform two years ago. “From the minute I saw her I was a superfan,” she says. “I went to every show from that day forward.” The singer and bassist instantly gravitated toward Arakas’s vibrant opposites-attract approach to fashion—the designer has a knack for mixing the exquisite vintage-inspired prints of her label Prova in the space of one look. Michèle, who is wearing a graphic star-print Prova scarf as a turban, manages to gather a crowd outside the fitting room when she comes out in a bright orange forties bathing suit. “I think the look really calls for a gigantic hoop and a good wedge,” says Arakas. “This would be perfect for a pool party.” Their focus turns to hunting down head-turning looks that will make an impact on an audience of thousands at Coachella. The clothes have to pass a few wearer’s tests first: “If I can’t jump, squat, and play my bass in them, then it’s no good,” Michèle says (some of the vintage pieces that Arakas liked were too delicate to withstand the shredding effect of Michèle’s guitar). It’s then that a graphic vintage kimono-style top and pants set catches Arakas’s eye at the Nomad Vintage stand. With its billowing geometric sleeve, it’s the kind of drama that will come alive on stage. And when Michèle slips it on, it fits like a glove. “Seeing Adeline perform with the band is like going to disco church it’s such an audible treat,” says Arakas. And with clothes like these, it’s a visual treat too.

View full article: http://www.vogue.com/vogue-daily/article/vintage-shopping-for-coachella-with-musician-adeline-michele/#1
at 9:52 AM No comments:

Top 10 of the Most Stylish Women in Music! 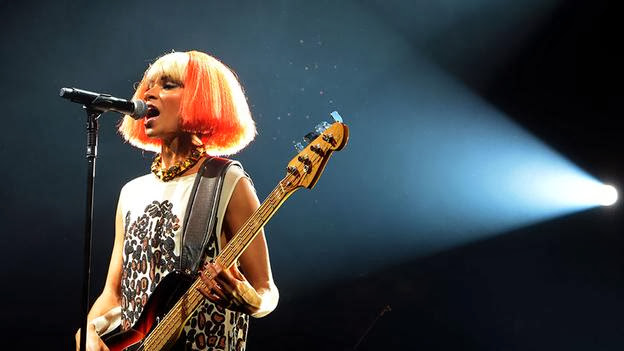 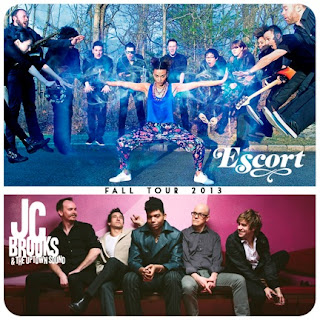