Pitchfork digs, I can sleep tonight 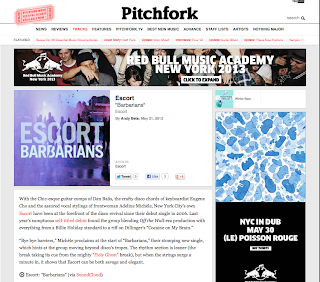 NYC's most opulent disco outsiders return in style
Escort are back, and they're gonna fight for your right to party. New York's premier modern disco ensemble returns with new single "Barbarians," out June 25 via Escort Records, and it's a righteous blast of expertly engineered soul, funk, and, yes, disco — Daft Punk fans just getting into the stuff would do well to make Escort their next checkpoint. "Stand up, stand up / Bang your drum," lead vocal chameleon Adeline Michèle belts, and the 17-piece band snaps right to attention. They already know she wants more cowbell, so she doesn't have to ask.
Escort will hit the road for a handful of U.S. and international dates this summer. "Barbarians" marks their first release since last year's Escort Remixed, and their first all-new material since their SPIN Essential debut.

http://www.spin.com/articles/escort-barbarians-stream-tour-dates/
at 2:39 PM No comments:

Back on the Europe stages..

Back from a super fun tour in Europe this May. Every single night was special. I hold the Paris show very close to my heart though... Performing in front of my whole family for the first time in 4 years was incredible. They are so supportive and I was so proud to introduce them to Escort 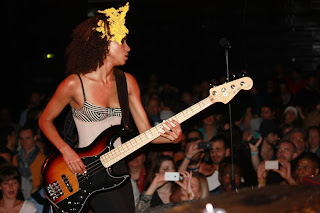 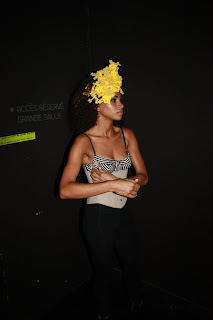 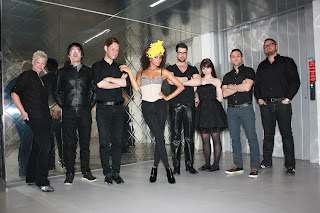